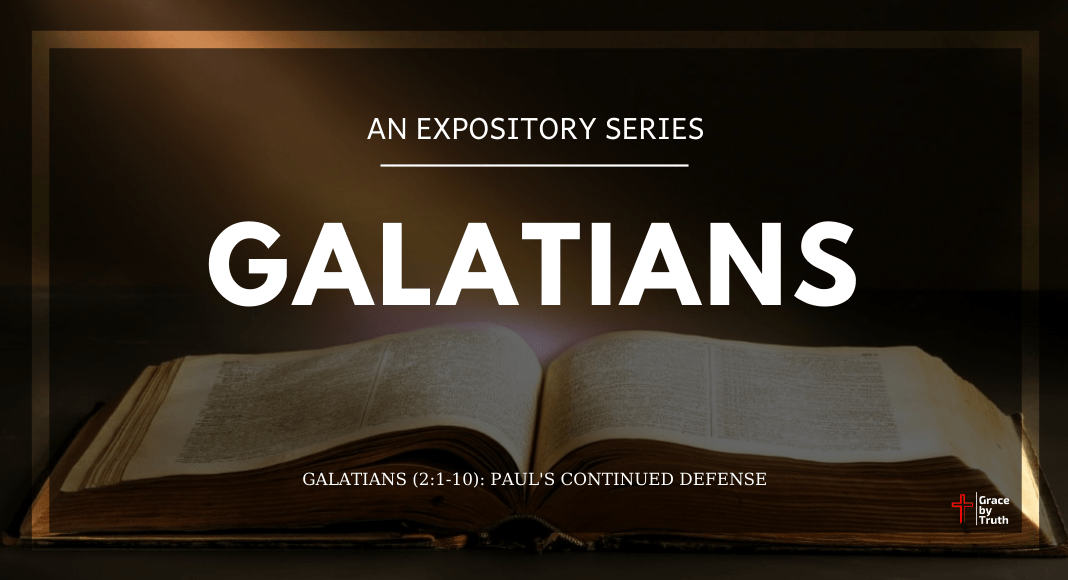 A. Paul’s methods were purposed.

a. He preached the Gospel.

b. Paul met the needs of poor Christians.

– “Paul went to Jerusalem on his second visit in response to a revelation. That is, he went because God directed him to, not because the Jerusalem leaders had summoned him or called him “on the carpet” for preaching to the Gentiles. The reference may well be to Agabus’ prophecy of a famine which prompted Paul and Barnabas to go to Jerusalem on a relief mission (cf. Acts 11:27–30). Paul seized this opportunity to consult with the other apostles privately concerning the message he was preaching to the Gentiles.” [1]

B. Paul’s message was purposed.

a. Paul did not place the Gentiles under the Mosaic Law.

– “Titus, a true Christian, was living and incontrovertible proof that circumcision and Mosaic regulations are not necessary for salvation. The Jerusalem Council
refused to accede to the demands of the Judaizers to have Titus and all other Gentile believers circumcised, determining that they would “not trouble those who are turning to God from among the Gentiles” by compelling them to be circumcised…Henceforth Titus was a living verification that the Judaizers taught a spurious gospel that was rejected by the rest of the church.” [2]

– “His [Paul’s] point here was that, although those twelve men were personally appointed apostles by Jesus Christ, so was he. He did not need their approval fo
his own confidence, nor did he need to seek their confirmation to convince
himself, and in that regard who or what they were made no difference to him and his ministry. He had no doubts about his calling and revelations.” [3]

– “The leaders of the Jerusalem church…ratified the Pauline gospel. Paul insisted that he did not need their ratification, for his gospel stood apart from the view of the Jerusalem leaders. Nevertheless, when hearing Paul’s gospel, they validated
it as true.” [4]

a. Paul’s apostolic endorsement set the precedent between Law and Grace.

b. Purpose of the Law:

1. The Law is a reflection of God’s moral character and it reveals the sinfulness of man.

– “The law…shows us our defections and stains. It is like the looking‐glass which my lady holds up to her face, that she may see if there be any spot on it. But she cannot wash her face with the looking‐glass. When the mirror has done its
utmost, then there are the same stains. It cannot take away a single spot, it can only show where one is. And the law, though it reveals our sin, our shortcomings, our transgressions, it cannot remove the sin or the transgression. It is weak for that purpose, because it was never intended to accomplish such an end.” [5]

– “The law, in and of itself, cannot change human hearts. It can, however, serve to protect the righteous from the unjust…The law allows for a limited measure
of justice on this earth, until the last judgment is realized.” [6]

– “God has placed civil government, even with its failures and even when it gets twisted in place, to restrain evil. It’s not going to be perfect, but we submit. It
is God who has designed it. It keeps society safe.” [7]

1. The Law was never meant to be a means of making man right before God. It was to
demonstrate God’s holiness and to drive man to faith in Jesus Christ