Heaven is for Real – Book Review 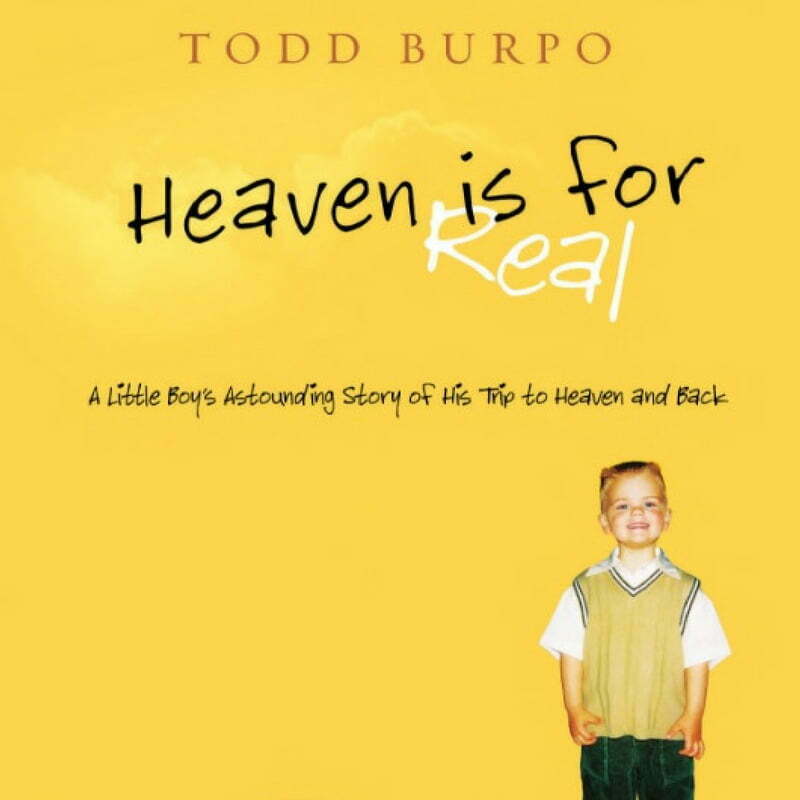 In an attempt to give the reader insight into the glorious place called “heaven,” pastor and author Todd Burpo, records the experiences of his three year old son, Colton Burpo, who allegedly visited the place called heaven. Burpo claims that his son’s experience occurred while undergoing an emergency appendectomy in the hospital, a few years before he wrote the book. Todd Burpo, who speaks for Colton in the first person in the book, gives the reader vivid images and accounts that he supposedly experienced while his body was lying on the operating table. Whether true or false, the story forces the reader to make assessments about Colton’s supernatural claims. Did he have an out of the body experience in heaven or is this experience the product of a child’s vivid imagination?

The method for properly examining such claims is for one to weigh the author’s claims against the Scriptural evidence. It should be noted that the objective of this review is not to question the character of Todd or Colton Burpo but to observe and compare this reported “new revelation” experience of heaven in light of the revealed truth of Scripture. For the Christian, this is the final authority when weighing claims such as this or any other claim that describes experiences dealing with supernatural phenomenon and it is to this subject that we now turn.

Experience is often difficult to use as a measuring rod for truth because personal experience, in and of itself, is still interpreted through the subjective framework of one’s thinking process called one’s worldview.[1] As such, experience is unique to an individual and not universally accepted as a standard for truth unless it can be experienced by everyone at any given time. However, Colton’s claims regarding heaven are unique. In the book, Colton reveals certain elements about heaven that do not comport with previously established Biblical revelation. It is when we examine Colton’s claims about heaven that this inconsistency becomes clear.

For example, John 4:24 states that “God is Spirit,” that is, God is an immaterial being that does not have physicality. As such, God does not have a physical body that human eyes can see. Since this is the case, how does this comport with the apparent revelation recorded by Burpo, as told to him by a three year old, regarding God’s throne? Burpo writes in regards to describing God’s chair, “It was big, Dad…really, really big, because God is the biggest one there is.”[2] The question that the discerning Christian must ask is that if God is Spirit and is omnipresent, then how or why would He need a chair? The size of the described chair implies that the one who sits in the chair is comparable to the design of the chair itself. It is here that Burpo’s claim appears to undermine logic and rationality regarding specific revelation God has previously revealed about Himself, in that no one has observed God’s physical dimensions at any time. The reason for this is obvious; God is not a physical being.

Additionally, Burpo claims that his son saw the nail prints in Jesus’ hands which he called “markers.”[3] Burpo states that these markers or nail marks were in the center of Jesus’ hands. While debated by some evidential scholars, most conservative, Christian scholars, hold to the historical view that when the Romans crucified a person, the nails were driven through the wrist to support the body weight of the one being crucified and not the center of the hands. This is also well reported in many non-Christian, scholarly works. Slick states, “Normally a person was laid down upon the cross beam and a nail driven into one wrist. Then the other hand was pulled very tightly and another nail driven into the other wrist. The nails were usually about 6-8 inches long. Placing the nail in the wrist severs the median nerve resulting in a burning pain as well as paralysis in the hand.”[4] If this is the case, this does not comport with Burpo’s account of the observed physical wounds Jesus sustained during the crucifixion.

Finally, and this is the most difficult aspect Burpo’s claim to asses, how does the Christian respond to the claim of this supposed new revelation, most of which cannot be objectively verified? It is has been the hallmark of the Christian faith that God no longer gives new revelation and that what God has wanted to reveal to man, He has already given in the person and work of Jesus Christ (Jude 4). Moreover, Paul states that if we are to be absent from our body then we will be present with the Lord (2 Cor. 5:8). Man has not been privileged to have such knowledge while in this physical, corruptible, body. Burpo himself is challenged by this when having to assess his son’s claim, in that there was no physical evidence that his son’s soul or spirit ever left the operating room.  However, Burpo does speculate as to how this revelation may have been possible.[5]

Todd Burpo states that the biblical writers John and Paul both record glimpses of heaven that are recorded in Scripture. He reasons that if these individuals were allowed to see heaven, then why would it not be possible for his three year old son to do the same? The more informed Christian should ask that in light of the full revelation of the closed canon of Scripture, what would be the purpose for such disclosures. This question seems to elude Burpo’s reasoning.

It appears that Burpo has overlooked the fundamental distinction between his son and the Apostles.  John and Paul were individuals divinely commissioned by Christ himself to reveal prophetic revelation to the church. Moreover, Colton’s claims strike at the heart of the matter when compared to Paul’s revelation of heaven, in that the Bible states that Paul was not allowed to reveal what he observed in heaven  other than that he was actually there  because such revelations were not helpful because they could not be objectively verified (2 Cor. 12:2-4). Yet, Todd Burpo expects the reader to believe that his three year old boy is allowed to reveal such observations? I think not.

In assessing Burpo’s work, this writer has come to the conclusion that at least three of the claims reported in the book do not comport with the historical and theological record of the Christian faith regarding the supernatural visions of heaven in comparison with the revealed record of Scripture. MacArthur adds:

“For anyone who truly believes the biblical record, it is impossible to resist the conclusion that these modern testimonies—with their relentless self-focus and the relatively scant attention they pay to the glory of God—are simply untrue. They are either figments of the human imagination (dreams, hallucinations, false memories, fantasies, and in the worst cases, deliberate lies), or else they are products of demonic deception. We know this with absolute certainty, because Scripture definitively says that people do not go to heaven and come back: “Who has ascended to heaven and come down?” (Proverbs 30:4). Answer: “No one has ascended into heaven except he who descended from heaven, the Son of Man” (John 3:13, emphasis added). All the accounts of heaven in Scripture are visions, not journeys taken by dead people. And even visions of heaven are very, very rare in Scripture. You can count them all on one hand.”[6]

It is possible that these revelations may be explained by the powerful drugs administered to Burpo’s son during the emergency operation, as well as previously gained information, unobserved by Colton’s parents at the time. This could account for the supposed supernatural information regarding relatives who had died in the past, which he claims to have encountered in heaven. Deception and in this case self-deception, must not be dismissed as a catalyst for initiating such magnanimous claims which blatantly contradict the Bible, particularly when financial gain is at stake for the author regarding book deals, merchandizing and a major motion picture.

What must ultimately be considered when reading Burpo’s book is the Christian claim of the supremacy of Scripture. That is, the Bible is the standard for determining truth and error in all matters of faith and practice, even in the case of alleged supernatural events that tug at the heart strings. In cases where these alleged events seem to contradict Scripture, as heartwarming as they may, the discerning Christian is to dismiss such claims and hold fast to the truth, the revealed Word of God, which is the only standard by which all other metaphysical and epistemological claims are to be tested.

[1] A worldview may be defined as a network of core beliefs regarding the nature of reality, knowledge and ethics. These fields of knowledge are not subject to empirical observation but are the pre-conditional, core, beliefs by which we seek to interpret all of human experiences. For further discussion on worldviews and man’s thinking process see Cornelius Van Til, Christian Apologetics (New Jersey: P&R Publishing, 1976) 1-22.
[2] Todd Burpo, Heaven is for Real (Nashville: Thomas Nelson, 2010), 100.
[3] Ibid., 65.
[4] Matt Slick, The Crucifixion of Jesus. http://carm.org/christianity/miscellaneous-topics/crucifixion-jesus. (Accessed April 30, 2011).
[5] Burpo, Heaven is for Real, 79-81.
[6] MacArthur, John, “The Burpo-Malarkey Doctrine” (18 Oct . 2012), Quoted in a Review by Phil Johnson  of Grace To You,  accessed 20 Oct. 2012, http://www.gty.org/Blog/B121018