God in the Wasteland: The Reality of Truth in a World of Fading Dreams – Book Review 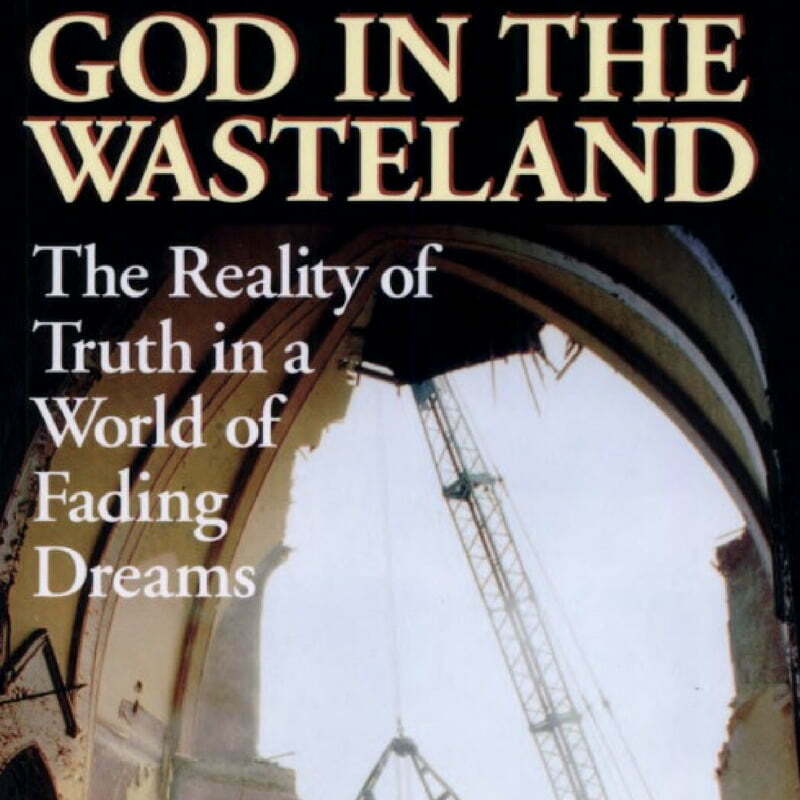 In “God In The Wasteland: The Reality of Truth in a World of Fading Dreams,” David F. Wells sets out to accomplish the task of demonstrating the failing relationship between God and the culture in the current trend of evangelicalism’s thought and practice. Dr. Wells is Andrew Mutch Distinguished Professor of Historical and Systematic Theology at Gordon-Conwell Theological Seminary and a prolific author on the subject matter under consideration. Wells’ thesis is that today’s evangelical culture is infected with a concept termed modernity, primarily, the principles and meanings of a postmodern culture that in practice, fundamentally leaves God out.[1] Wells’ work is informative and concise as it offers critical insights and possible solutions that prompt evangelical Christians to awaken and respond to modernity within the contemporary Church.

“God in The Wasteland” is actually a continuation of Well’s discussion on the impact of modernity he began in “No Place for Truth.”  He continues to demonstrate, albeit more fully, the impact of modernity on evangelical thought and practice by articulating the catalyst that explains why the culture is in its current predicament. Wells states that modernity’s impact consists of “four main realities; capitalism, technology, modernization and telecommunications.”[2] He charges that these entities have produced a humanistic, autonomous mindset, which in turn, has negatively impacted the Christian culture and society. This has resulted in a diminishment of God and His Word being central to contemporary Christian life and thought.

Wells contends that the Christian culture has sought more humanistic solutions to man’s problems because most Christians fail to see the danger, that is, Christians lack spiritual discernment, regarding the current state of worldly-mindedness in the Church. This has taken the centrality of God and the Word from the focal point of the Church and it has been replaced with consumer biased and based messages that reject biblical authority. The effect is that many in the Church believe that “the only acknowledged authority is that of private preference.”[3] As a result, the Church has changed much of its focus.

For example, Churches influenced by modernity appear to follow a contemporary, secular, marketing ploy where growth is perceived by physical numbers, leadership is led by the laity, and biblical exegesis is replaced with therapeutic messages.[4] This results in an almost humanistic form of religion because there is no sense of the biblical God in polity or practice. According to Wells, this is the greatest loss. Well’s states, “I believe the greatest loss we have suffered is not a matter of any particular aspect of God but rather his place in the church and, beyond that, in society.”[5] While appearing somewhat bleak, Wells does demonstrate a glimmer of hope found in the future generation of ministers and teachers that hail from some of the most conservative seminaries in American culture.

On a survey based study, Wells reports that many of the seminarians polled have biblically conservative views regarding how sin impacts the human experience. Given the impact of modernity, particularly on the younger generations, this is a positive starting point for reformation. However, Wells follows this analysis with the fact that even though many seminarians hold a conservative view, many still perceive man as being “essentially innocent.”[6] That is, the younger generation of ministers view themselves as biblically conservative in thought but the study also showed that they too fall victim to the ramifications of modernity in practice. This reveals an internal inconsistency between polity and practice. However, Wells seems to believe that change is possible.

Wells believes that change will occur when Christian leaders “rise above the internal politics of the evangelical world and refuse to accept the status quo where that no longer serves the vital interest of the kingdom of God.”[7] Though requiring a tremendous amount of effort, it can be accomplished if leaders will halt on trying to build man-centered, consumer based church establishments and once again return to a biblical life and worldview where the holiness of God is basis for central unity. Wells is hopeful, though he does not detail his thoughts regarding how this will occur, that the coming generation of leaders can formulate this reformation.

Wells approaches the subject of modernity with an academic style that rivals that of any theologically minded heavyweight. Wells writes from a biblically conservative, theologically reformed perspective, as he addresses the issue of how the Church and society has removed God from contemporary life.

Wells sets the foundation for how society has relapsed into humanistic obscurity by posing four distinct entities that influences modernity’s crippling effect on the culture. The reader will find that this paradigm sets the tone of the book. Though disjointed at times, due to the technical usage of terms and concepts, the more informed reader should be able to work through the historical and philosophical issues that comprise the basis for many of Wells’ assertions regarding the cause and effect relationship between modernity and the culture. However, when stripping away the dross, one finds that the basic issue in the discussion is a flawed or non-Christian worldview.

This becomes evident to the reader in most sections of the work, particularly when examining many of Wells’ assertions regarding the “how” and “why” of modernity’s impact in evangelical thought. For example, when taking into account the argument of modernity at its most basic level Wells states, “When the church abandons the biblical worldview, when it fails to confront its culture with this worldview in a cogent fashion, it has lost its nerve, it soul and its raison d’etre.”[8] William Edgar, who is professor of apologetics at Westminster Theological Seminary, concurs with this view regarding the basic flaw of modernity and how it should be countered in his treatment of the modernity issue.

Like Wells, Edgar believes that the problem is difficult to remedy because of the pluralistic connotations that infiltrate one’s worldview. Edgar states, “Few people are asking the ‘big questions’ today. Instead, they settle for a grab-bag of ideas and quasi-religious notions to be used at convenience. Only a truly radical apologetic can be effective in such an atmosphere. This involves going to the roots of our contemporary culture.”[9] What Edgar infers is that if modernity is to be addressed, it should be approached at the presuppositional level. Edgar is particularly adamant about this approach in his writings. This may be due to the presuppositional apologetic influence of Cornelius Van Til, as well as being a contemporary of presuppositional debater Greg L. Bahnsen. Bahnsen has written extensively on the subject of how to deal with modernity in its various forms in a coherent and easy to follow format that addresses this and other complex discussions.[10] Unfortunately, the reader will be disappointed to find that Wells never really rises to the level of this challenge in his work. To be fair though, since this work is only one in a series of books on the subject, Wells may have decided to address the issue elsewhere. Aside from this point, the reader should come away from Wells’ treatment of the subject with a well informed understanding of modernity’s far reaching impact on evangelical thought. This would be particularly beneficial to pastors and teachers who minister to those who fall within modernity’s contemporary context.

For example, most seminary students and even seasoned pastors have a sense that something is just not right within today’s Christian community. After reading Wells’ work, many pastors and teachers will feel as if they have had the veil lifted from over their eyes to see the relevant issues of the discussion. This is one of the most notable points of Wells’ work. He does an excellent job of explaining why the Church is in such a state of disarray. It is not just “one” thing that is wrong with the Church. It is a combination of socio-political factors, coupled with years of religious liberalism that have diminished the transcendence of God’s nature and character.  On a practical level, the outworking of modernity’s influence can be seen in the current evangelical emphasis of trying to bring unbelievers into the church and then trying to get them saved, reversing biblical priorities.[11] The culture has relegated its historical emphasis a state of practical impotence because evangelicals are unwilling to “forsake the immediate and overwhelming benefits of modernity, even when corrupted values are part and parcel of those benefits.”[12] When pastors and teachers realize that this is the enemy on the battlefield, they can at least begin to articulate some form of counter measure to deal with the issues in a practical manner. This is the most valuable asset that Wells’ work has to offer pastors and teachers on the front lines. The reader will be sure to agree.

Wells has offered a detailed and concise analysis of this subject that is sure to convince today’s evangelical culture about the dangers imposed by modernity. It has been demonstrated that Wells has offered critical insights as well as warning readers in dealing with modernity, particularly to future church leaders, who will most certainly face the implications of this postmodern movement in the next generation of leadership. It has been suggested in this analysis that the best way to present effective countermeasures to modernity is from a presuppositional perspective. No matter one’s personal theological bents, all can at least agree that reformation needs to begin anew in facing this most dangerous opponent. Christians and church leaders will find that money and time spent in investing and understanding Wells’ treatment of modernity will be money and time well worth spent.