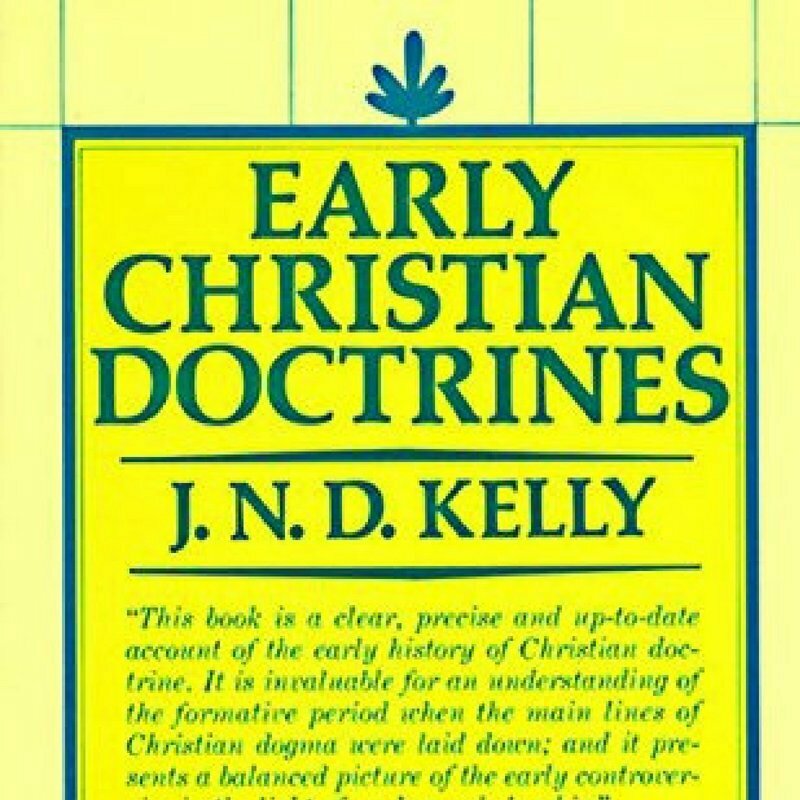 Early Christian Doctrines is authored by J. N. D. Kelly. Kelly is Principal of St. Edmund Hall, Oxford, England and is recognized internationally as an authority on Patristic theology. Kelly has published several articles, books and commentaries on Christian theology and is also an ordained minister of the Anglican Church. In this latest revised edition of Early Christian Doctrines, Kelly’s treatment of the first period in Christian thought has been organized in a format that traces the developments of significant Church doctrine in its historical roots. The work spans the period from the close of the apostolic age to just after the Council of Chalcedon. Those who analyze Kelly’s work will have a greater understanding of how contemporary theology has been impacted by the early Church’s developments of essential practice and doctrine.

Kelly begins Part I of the work by revealing the historical parameters of events, ideas, and people groups that helped to define and shape early Christianity (3-28). Kelly exposits the work in the opening chapters by setting forth the importance of the Church’s doctrinal positions and its influence on Christian thought (29).

Part II of Kelly’s work consists of six chapters. These chapters reveal the prominent Church Father’s views on the God, the person of Christ, biblical anthropology and ecclesiology. Kelly includes the various views of both the Eastern and Western branches of the Church and how each group understood, defended, and taught their respective positions.

In parts III and IV, Kelly addresses the key teachers and conflicts that challenged the Church to come to an agreement regarding the views of the Trinity, the noetic effects of sin and the believer’s union with Christ. The epilogue concludes Kelly’s treatment and is divided into two areas, eschatology and the early Church’s views on Mary and the Saints.

What the reader will find in Kelly’s work is a competent and insightful look at the development of Christian doctrine in the early Church. Like Schaff, Kelly is precise and thorough in his exposition of Church history.[1] Kelly’s goal is to chronologically set forth how the Church came to understand God’s eternal plan of redemption for man in the person and work of Christ. He does this by focusing on the impact and insight of important Church Fathers that helped to develop these doctrines, spurred at times, by internal conflict. In this, readers will find Kelly clear, informative and relatively easy to follow. This is particularly important when readers attempt to discern the more complex doctrines of Church history.

For example, in the doctrine of biblical anthropology, Kelly presents a fair and balanced treatment of the Pelagian controversy (357-361). Although reformed in background, Kelly demonstrates and defines Pelagius’ views concerning sin and the nature of man’s natural abilities without giving secondary comments regarding his own personal views of Pelagius’ teachings. Kelly simply records the views and events of the controversy, including the pertinent historical figures, without making any pejorative comments which may unduly prejudice the reader.

This is far different from many contemporary works that discuss the historical events and controversies in Church history, revealing in some cases, theological prejudices within the material.[2] Readers will appreciate the high level integrity that flows from Kelly’s pen in this area, as well as in the other critical sections of the book.

Kelly also presents the key developments of doctrines and events that both Catholics and Protestants will find useful or stimulating. This is particularly the case in the development of Mariology and the saints, which doctrines are held in high esteem in Catholicism (490-499). However, the work is not without what some readers might deem at least two minor weaknesses.

First, readers who are not stepped in a strong theological foundation may find some of Kelly’s terms cumbersome. This is evidenced by Kelly’s use of Latin and Greek phrases prominent throughout the work that are not translated (46). In most cases, readers would be well served by keeping theological, Greek and Latin dictionaries at the ready.

Next, those seeking a strict chronological overview of Church history may find Kelly’s topical format burdensome, being organized by subjects such as Christology, the Trinity and Anthropology, rather than named significant events in Church history (ix-x). Aside from this minor issue, readers will not be disappointed in Kelly’s treatment of what can be deep, theological and historical exegesis, which rarely uses secondary sources.

In the final analysis, Christians of all backgrounds will appreciate the uncompromising efforts that Kelly’s work labors. Kelly seeks to not only inform but also cause readers to ponder how contemporary doctrines of faith, ultimately owe their beginning to Christian stalwarts that developed them. Therefore, readers who take the time and money to invest and explore Kelly’s work will find their time and money well spent.

[1] For another excellent treatment of developing early Church thought and doctrine see: Phillip Schaff, History of the Christian Church, Rev. ed, 8 vols. (Peabody: Hendrickson, 1996).
[2] This is the case in some R.C. Sproul’s writings. Though he is for the most part theologically sound, in some cases, he gives cursory or superficial arguments against those with whom he theologically disagrees. A good example of this can be seen in his historical treatment of biblical anthropology and the various theologians that differ from him. For more information see: R.C. Sproul, Willing to Believe (Grand Rapids: Baker, 1997).