An Essential Guide to Speaking in Tongues – Book Review 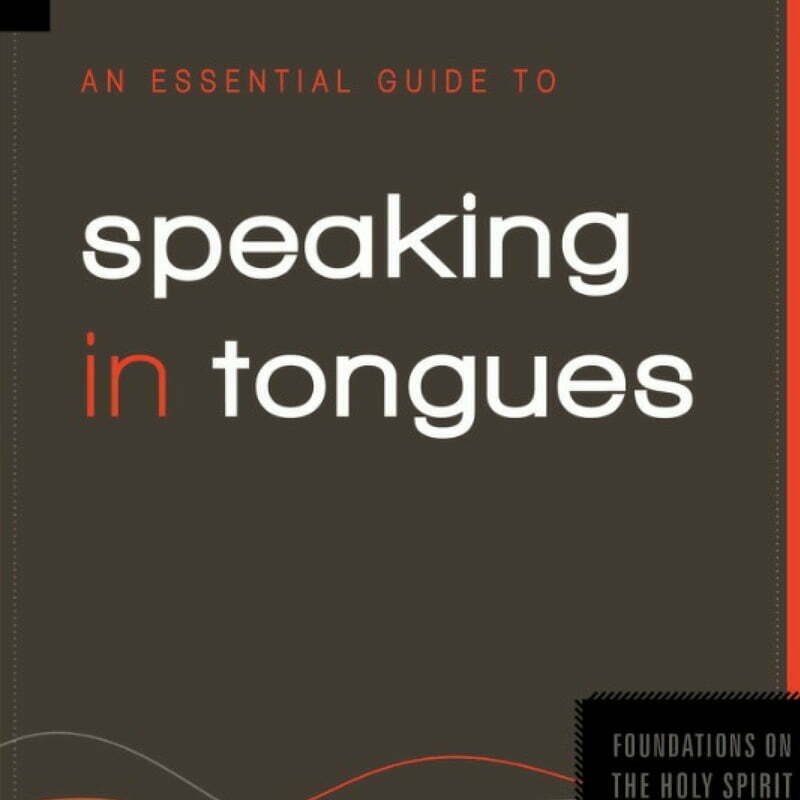 Ron Phillips is the senior pastor of Abba’s House in Hixson, Tennessee. Over the years, this church has experienced tremendous numerical growth and spiritual renewal under Phillips’ leadership. In addition to being the senior pastor, Phillips also has a weekly television and daily radio program that are broadcast worldwide. He holds both a Master of Divinity and Doctorate of Ministry degrees from the New Orleans Baptist Theological Seminary.

In one of his latest works on the person and work of the Holy Spirit, Phillips has taken up the mantle of the charismatic movement and penned a relatively short, yet comprehensive book on the gift of speaking in tongues. The book is written from a charismatic point of view, in that it covers many of the common questions believers find themselves asking about this most mysterious gift.

In chapters one and two of the book, Phillips defines terms and instructs the reader on the Person and work of the Holy Spirit regarding the dispensing of spiritual gifts. Chapters three through six are devoted to describing the various aspects of the tongues gift as it has been understood through the mediums of the Scripture, Jesus Christ, Church History and the corporate Church.

Chapters seven, eight and nine appear to be more existential than earlier chapters. Phillips makes appeals to the benefits of tongues in furthering one’s personal experiences with God, which is highlighted in chapters eight and nine. Phillips also deals with the various branches of Pentecostalism on the tongues issue and gives a brief description of what defines each facet of these systems, concluding that love should be the driving force when seeking to experience this gift which according to Phillips, increases a greater level of worship and produces positive effects in the lives of tongues adherents.

Readers will find that chapter ten is the warning chapter, in that there are things that Phillips suggests that tongues should not do. Phillips admonishes the readers that spiritual gifts do not alleviate immaturity, carnality and immorality and as such, he warns that tongues must be practiced within an orderly context and in a non-divisive manner in the corporate body of the church.

Phillips then concludes his work in chapters eleven and twelve by offering encouragement to the reader regarding God’s promises to those who are faithful Christians, striving for spiritual awakening. Phillips’ then offers short quips and instructions, revealing how the seeking believer may utilize this spiritual gift within the context of acquiring a salvation experience with Jesus Christ.

What the reader will find refreshing about the book is that Phillips is quite definitive in giving a good historical overview of the tongue’s gift. While it is devotional at times, it does not do what many contemporary works are guilty of in attempting to bait the reader to wade through pages of illustrative, personal experiences, in order to get to the end of the chapter, only to have a few sentences detailing the sought after information at the end of the chapter. In this, Phillips’ work is to be commended. He gets to the point, explains his premise and conclusions and moves quickly to the next segment of his work with no wasted time.

What the reader will also greatly appreciate from Phillips’ work is that it is a great overview of the various basic doctrines regarding the Holy Spirit’s Person and work in the life of the believer. Though Charismatic in its perspective, it still enlightens believers as to how the Holy Spirit may relate to the Christian, as well as how He works to give gifts to the believer for living out the Christian life (p.11-12).

Another area of interest in Phillips’ work is his analysis of the Christian’s love and intimacy with God, as a result of being Spirit filled. Regardless of one’s gifting, Phillips argues that everything that is done within the context of exercising of spiritual gifts should be based upon an agape love for other people (p.45).

Finally and what the more discerning Christian reader will appreciate, Phillips’ is careful to warn readers of the potential dangers in the use of the gift of tongues. He asserts that though one may be supernaturally gifted in certain areas of his or her life, progressive sanctification must still be achieved through godly conduct and practice (p.52-61).

While the reader will be stimulated from Phillips presentation on the gift of tongues, this does not mean that his thesis is altogether comprehensive. While attempting to justify the continuance of the gift of tongues in the modern era, Phillips’ assessment still leaves many unresolved issues regarding the validity, purpose and continuance in the exercise of this gift. This is particularly the case when considering Phillips’ exegesis or lack thereof, as to whether the gift is still operating as it was at the inception of the Christian era.

In defense of his position on the continuation of the tongues gift, Phillips is critical of the cessationist’s view which affirms that tongues are not operating in the church today. In commenting on 1 Corinthians 13:8 and 10, Phillips asserts that cessationists are incorrect regarding the idea that tongues have ceased. He dismisses their view based upon the notion that the “perfect,” in 1 Corinthians 13:10, is not the completion of the canon of Scripture, as espoused by many cessationists. Rather, the “perfect” should be understood as the second coming of Christ (p.28). While many in both camps would affirm that the tongues debate may rise or fall on this interpretation of Scripture, the reader will be extremely disappointed to find that Phillips does not take the time to deal seriously with the issues at hand in these verses.

For example, Phillips does not deal with the distinction of the Greek text regarding the timing of the ceasing of tongues παύω, a future tense, middle passive verb which indicates that the gift of tongues will stop in and of itself. In addition, he does not address his understanding of the “doing away” καταργέω, a future passive, verb of the gifts of prophecy and knowledge, in which, something will cause them to stop. Whether for or against, these issues are critical for understanding the intricacies of the tongues debate. Phillips attempts to answer the issue by defaulting to the view that the coming of the “perfect” in 1 Corinthians 3:10 is the return of Jesus Christ. However, in his attempt to alleviate the problem of timing, in order to preserve the continuation of the gift of tongues, Phillips unwittingly creates another dilemma in his overall theological construct.

For example, if Phillips is correct in his belief that the gifts mentioned in 1 Corinthians 13:8, which include prophecy, tongues and knowledge, continue until the return of Christ and then they will cease, then how does he account for the sign and wonders which are the fulfillment of Joel 2:28-32, which occur and continue through the millennium? Given the fact that Phillips is a self-confessed dispensationalist, he is caught on the horns of a dilemma and one that his work does not attempt to reconcile, given his view that these things cease when Christ returns.

There are other facets of Phillips work that are difficult to objectively ascertain but they are too numerous to mention in this review. Most Southern Baptist Christian readers, who are cessationists by majority, will walk away from this work scratching their heads wondering why Phillips decided to lay aside an objective discernment of Scripture in favor of seeking a subjective, existential, experience in order to have a sense of deeper communion with God by engaging in the activity of tongues speaking. If one can reason through this work without trying to figure this out, then the reader is sure to find points of agreement with Phillips’ in his call for the Christian to increase his relationship and fellowship with the Holy Spirit.